Syncretism is the action of combining different beliefs, while blending practices of various schools of thought. Syncretism involves the merging or assimilation of several originally discrete traditions, especially in the theology and mythology of religion, thus asserting an underlying unity and allowing for an inclusive approach to other faiths.

I conducted research in Cuba and Brazil between 2013 and 2016 collecting Catholic saints that during the Spanish and Portuguese colonization were syncretized with deities of the Yoruba culture called Orixas. The installations explore the reconstruction of a culture by memory done by several groups from the African continent, their internal negotiations, and the subversive solution to syncretize to generate cultural survival.

"Cosmology on Ikea Cabinet" analyzes the legacy of a religion without temple, the practice of worshiping at home and the current transformation of Cuba as the last surviving communist system in the west.

"Movie Night" is made with purchased fake Social Security Card and Green Card, and a legitimate Blockbuster card. The meaning of syncretism is intimately related to religion. In this case I use fake identification cards as potential syncretism used by millions of immigrants and migrants around the world to expand the articulation of identity and the negotiations developed in that context. 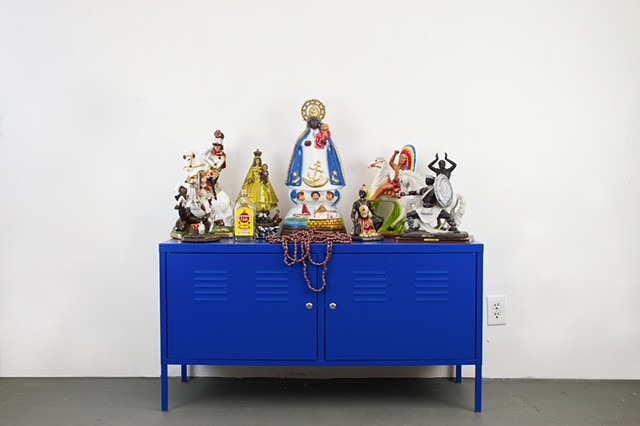 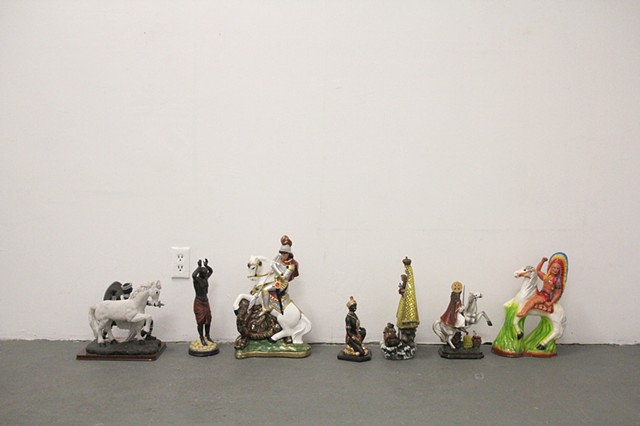 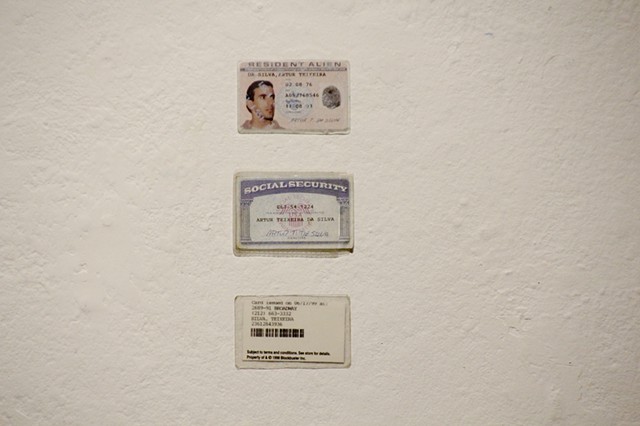 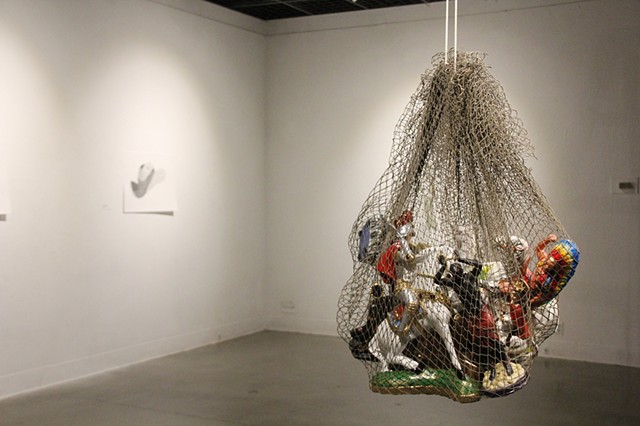