My vision of a free counter education starts with two activists from Brazil, both murdered for challenging the hegemonic structures.

Marielle Franco was a city council member, fought against gender violence, for reproductive rights, and for the rights of favela residents. She chaired the Women's Defense Commission and formed part of a four-person committee that monitored the federal intervention in Rio de Janeiro. Franco and her driver Anderson Gomes were murdered in a drive by in the central area of Rio de Janeiro.

They developed different lexicons that had a ripple effect in regional and international culture. Both dealt with issues left by the colonial presence in Latin America.

The names listed are groups of thinkers, activists, artists and movements that in some capacity were in sync with the issues presented by the two main figures. They all address, in some way, the intersection of colonial and environmental histories in contemporary Latin America.

What became clear creating this chart is the impossibility of completion. There could be dozens of approaches with a multitude of other names. This “problem” brings me hope and underscore the vigor of a resistance movement that started with the foundation of Brazil and continues on today.

The VR piece puts the viewer in the center of a circle made by billboard size images of activists and their families. Starting with Zumbi, the leader of Quilombo dos Palmares, a pioneer of resistance to slavery of Africans by the Portuguese in colonial Brazil.

This project was commission by the IUPUI Arts and Humanities Institute with the intention of imagining different maps of counter education in the 21st century. 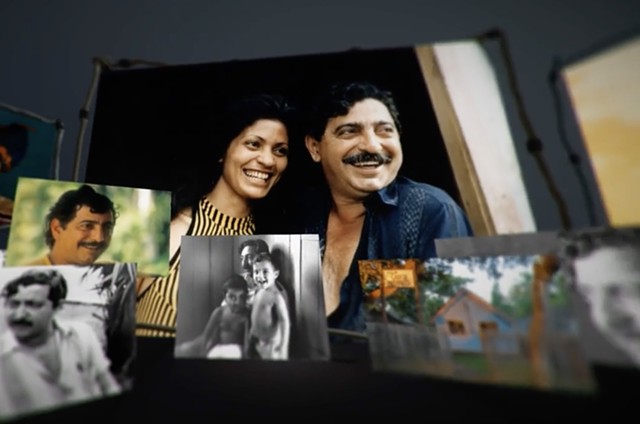